Ants and the Dawn of Rooibos Cultivation 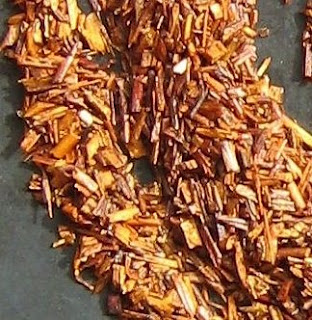 Many people are very familiar with the smooth, naturally sweet flavor and highly-concentrated health benefits of rooibos, the South African red bush, but far fewer people have probably heard about the beginning of its life as an internationally-traded commodity. Although it's been consumed by the indigenous Khoisan people of what's now known as the Cederberg region of South Africa for hundreds (perhaps thousands) of years, rooibos (pronounced "roy-boss") has only been cultivated commercially since the early 20th century. I'd like to share one of the most interesting parts of the rooibos story:

Benjamin Ginsberg, a Russian settler of South Africa, was the first person to develop rooibos as a product. In the 1930s he enlisted the aid of a local doctor and hobby scientist, Peter Nortier, in order to begin cultivation of the plant, which had previously been harvested wild. The only problem, though, was finding seeds--rooibos seeds are housed in small pods. When each pod is ripe, it will burst open, scattering the tiny seeds on the ground around the plant (which is usually sandy). Usually the rooibos pods on a particular bush reach maturity at different rates, so it might also take quite a while for all of a plant's pods to burst. Nortier eventually had to resort to paying local farmers and villagers to collect the seeds for him: a shilling for a matchbox full of rooibos seed. One Khoi woman came back more than anyone else--multiple times per day. Eventually, she divulged her secret:

One day, she had noticed a certain type of black ant carrying rooibos seed back to their colony. Breaking open the nest, she discovered an ant granary full of seed! Eventually, commercial rooibos cultivation took off, but it probably wouldn't have been possible without the initial efforts of Ginsberg, Nortier, and the Khoi woman who discovered a way around painstaking seed collection--let the ants do the work! Today, rooibos seeds are collected by a special sifting process that lifts the seeds from the sandy soil around the plants, but some farmers still rely on exploiting the free labor of those rooibos seed-loving black ants.